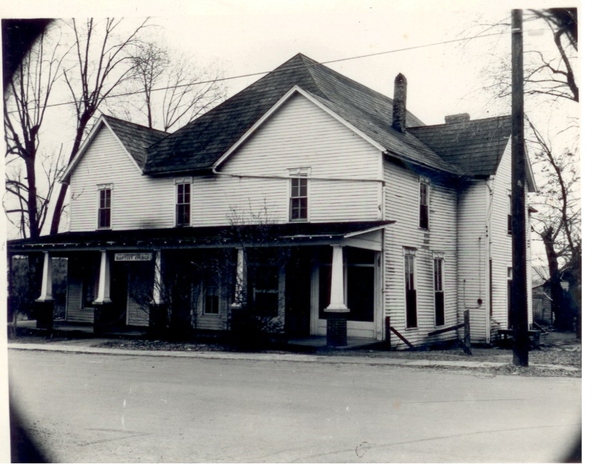 In the spring of 1955, New Middleton Baptist Church extended an arm to a work here in Gordonsville making it a mission.  On June 16, 1955 the Mission met in its first business session, elected officers of the church and began planning its first Vacation Bible School that later took place in July.  The church was declared "organized" in April of 1956 with Bro. Alfred Pistole being elected the churches first pastor on May 2, 1956.  There were 21 members forming the new church as charter members.  A revival was held the very next week and there were a total of 14 additions to the church.  It was voted by the church to include these additonal members in the charter list, making a total of 35 members.
On August 14th, 1956 in a special called business meeting the church voted to purchase "the old hotel" on main street.  The building was examined and purchased on August 24th, 1956.
In October of 1956 the Gordonsville Baptist Church was elected into the New Salem Association at the annual meeting held at Brush Creek Baptist Church.  The church rented a meeting room from the "Town Council" while the hotel was being renovated.  In June of 1957 the newly renovated church was dedicated.
Throughout the 60's and 70's the church grew.  Programs such as WMU and Brotherhood flourished.  In July of 1970, the church voted to erect an educational building and under the leadership of Bro. Orlie J. Wood, construction started and was completed in December of that same year.  Immediate plans were made to erect a new Sanctuary and was completed in July of 1971 with the first services held on July 4th.  The dedication services for the new santuary were held September 12, 1971.
The 80's were a time of measureable growth.  While the church grew spiritually, her programs and organization grew as well. Throughout the 90's other fruitful ministries were added to the church proving that God's hand was upon His church in Gordonsville.
In 2006 the church began to expand once again.  The church voted to build addtional education space, additional restrooms and a fellowship hall.  The project was completed in 2007 and has proven to be a great asset to the church.
Today, FBC Gordonsville finds itself growing in the grace and the knowledge of the Lord Jesus Christ. In the summer of 2009 we renovated our sanctuary including extending the balcony which now seats 70 people. Technology was added as well as new carpet and upholstery.  Today, 2012, the Lord is expanding His church in Gordonsville once again.  The year 2012 will bring a much needed sanctuary expansion, the construction of a family life center and the development of additional parking. Phase III (2013) was the building of the gym/family life center.  We added additional educational space above the bleachers.
We are thankful for the vision and dedication of our former members that have gone on to be with the Lord.  Their attention to ministry and souls has been passed down from one generation to the next.  Until the Lord returns we will continue to preach the gospel of Jesus Christ.  Our focus will continue to be on "Winning the Lost" & "Discipling the Saved".  Jesus said it best in the great commission...
"Go therefore and make disciples of all the nations, baptizing them in the name of the Father and of the Son and of the Holy Spirit, "teaching them to observe all things that I have commanded you; and lo, I am with you always, even to the end of the age."
Matthew 28:19-20, NKJV